With the contribution of Adrien Genoudet,
film director, writer and researcher in history

THIS PRESENTATION WILL EXCEPTIONNALLY TAKE PLACE
AT LES LABORATOIRES D'AUBERVILLIERS

Present at the Sadi-Carnot Stadium from the 7th to the 25th May 2018, the writer Marcelline Delbecq will propose for the fourth publication, a public restitution on Friday 25th May 2018 at 8:30 pm.

With this invitation, Marcelline Delbecq wishes to question the figure of the witness who hasn't perhaps seen/heard/lived an event. Her use of the storyline and the voice formulates a narrative universe put into words and sounds in order to convoke a set of mental images oscillating between documentary and fiction, past and present. Adrien Genoudet, writer, film director and researcher in visual history will put into perspective Marcelline Delbecq's research on the Stadium and her account of the Sadi-Carnot Stadium where image and language wil be mixed.

«The witness : ‘‘Latin has two terms for witness. The first, testis, from which « witness » comes signifies originally he who poses as an outsider between two people (terstis) in a trial or litigation. The second, superstes, designates the person who has lived through something, has been through an event from beginning to end and who can thus testify’’.
_ G. Agamben, What remains from Auschwitz, p 17. 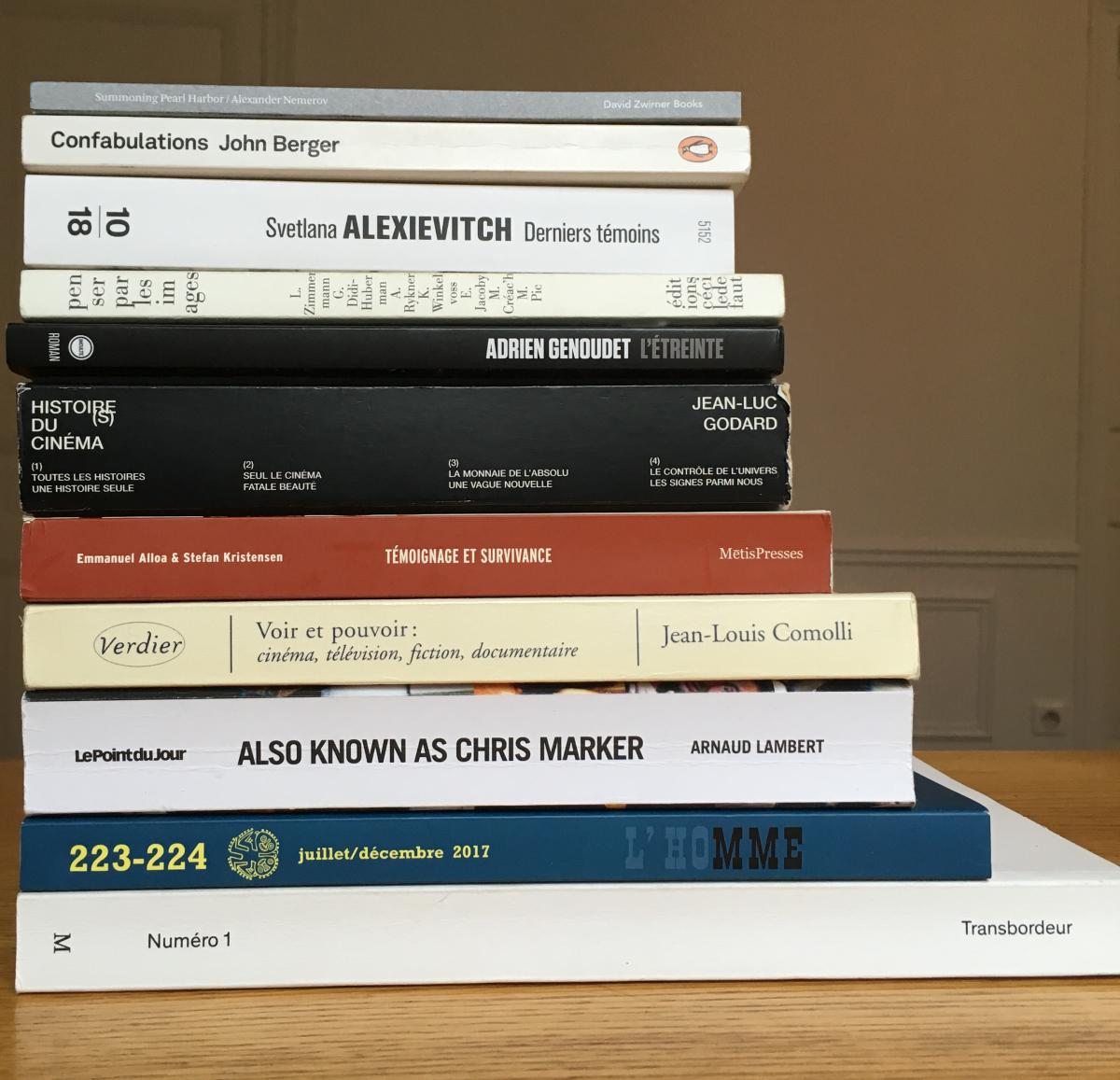 Marcelline Delbecq is an artist and writer, born in France in 1977. After studying photography in Chicago (Columbia College), then in New York (ICP) from 1995 to 1997, she obtained her DNSEP at the Beaux Arts (Caen, 1997-2002) then a DESS « Arts de l'exposition » at the University Paris X - Nanterre (2002-2003), followed by a residency at Le Pavillon (Palais de Tokyo, 2004-2005). She is now undertaking a SACRe PhD at the Ecole Normale Supérieure under the direction of Antoine de Baecque, where she is beginning a research on mouvement in the static image. Her use of the narrative and the voice contributes to elaborate a recital of words and sounds which convoke mental images oscillating between documentary and fiction, past and present. In her sound installations, publications and public readings, words bring into play the question of the gaze which then become visions. Recent publications : Beyond Sound, entretien avec Pascale Cassagnau (Daviet-Thery editor, 2018), Oublier, voir (Manuella editions/Cartier Foundation, 2015), Camera (Manicius, 2015) and Silence trompeur (Manuella editions, 2015).

Adrien Genoudet is a writer, film director and researcher in visual history. After studies in history and anthropology, he is preparing a thesis on cinema and mixes his artistic practice with his research. He is a part-time fellow in teaching and research (Ater) at the Collège de France, attached to the Chair of Pr. Patrick Boucheron since September 2016. He teaches cinema, history and visual arts at Scienes Po Paris since 2012 and at the Ecole Européenne Supérieure de l'Image (EESI). He also taught at the Ecole des Hautes Etudes en Sciences Sociales between 2013 and 2014. Since 2013, he is associate researcher at the Institut d'Histoire du temps Présent (IHTP) at the CNRS and associate researcher at the Musée Albert Kahn. He published a first essay, Drawing history. For a visual history, with a preface by Pascal Ory (2015) and is author of a first novel, L'Etreinte, published at the Editions Inculte (2017). He made two feature films and three short films presented in the context of festivals and art centres. In 2017, he was laureat of the prize of the Fondation Hugot of the Collège de France.